Advantages of a Digital Truck Scale vs. a Digital Conversion Box? 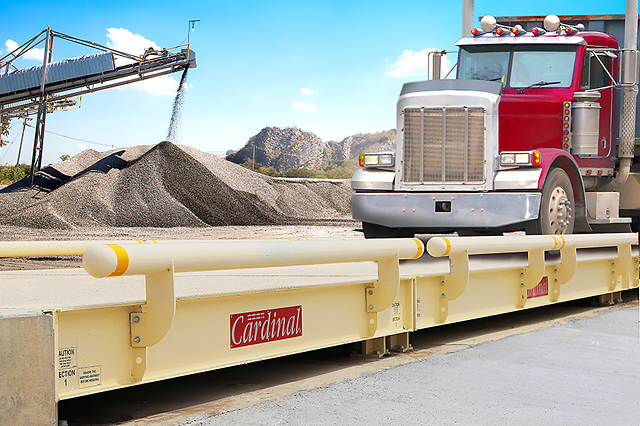 There is no doubt that digital weighing systems are a marked improvement over analog weighing systems due to a number of factors that will be explained in this article. Digital truck scales and digital conversion boxes both provide distinct advantages that increase efficiency, calibration, and diagnostic information communication. The following list will highlight the advantages for both and how they provide more value for those willing to make the switch to these invaluable technologies.

What are the advantages of a digital truck scale vs. a digital conversion box?

How do digital truck scales and digital conversion boxes increase efficiency over an analog system?

Digital truck scales greatly decrease the time and effort needed in diagnosing potential failures and, in turn, decreasing downtime due to cell failure. Since digital load cells are calibrated to the system before shipment, set-up time is minimal. The quick and exact digital diagnosis from remote diagnostic software reduces guesswork and time needed to find the root cause of the load cell failure. Since the system is completely digital, there is little chance of loss of signal resolution due to an analog signal. Digital truck scales feature a much simpler daisy-chain design regarding load cell wiring and load cells, and load cell cables can be replaced much quicker.

Digital conversion boxes expedite the conversion of analog information into a more manageable signal and can make diagnosing cell problems easier to detect when compared to an analog system.

How does the diagnostic process differ between technologies? Which provides more detailed alert messages?

With digital truck scales the diagnostic process begins at each load cell. A myriad of different issues can be monitored for each individual cell, which can also more quickly and accurately report cell and wiring issues. Digital cells tend to provide more diagnostic attributes relating to the cell such as cell capacity, weight and weight counts, and hot and cold temperature compensation values. Digital cells are calibrated to the weight indicator they are configured to, require little to no calibration when set up, and can be more closely monitored due to load cell serialization through diagnostic software.

Digital truck scale systems are monitored through remote software. Digital conversion boxes have the capability of being remotely monitored to diagnose problems as well. Any digital system will have an immediate advantage when giving the end user the capability of receiving alerts through the indicator and/or remote monitoring software when an issue arises.

What safeguards does either technology employ to prevent hardware/software damage?

What is required to replace a digital load cell vs. an analog load cell working in conjunction with a digital conversion box? How long does it typically take?

What are the connection differences between digital truck scales and analog truck scales with digital conversion boxes?

Digital load cells are daisy-chained through load cell cables linked by cable connectors. The need for wiring back to a junction box is not necessary, since the digital load cells communicate directly with the indicator. If the cables are damaged connecting to the load cell, they can be replaced without having to replace the load cell.