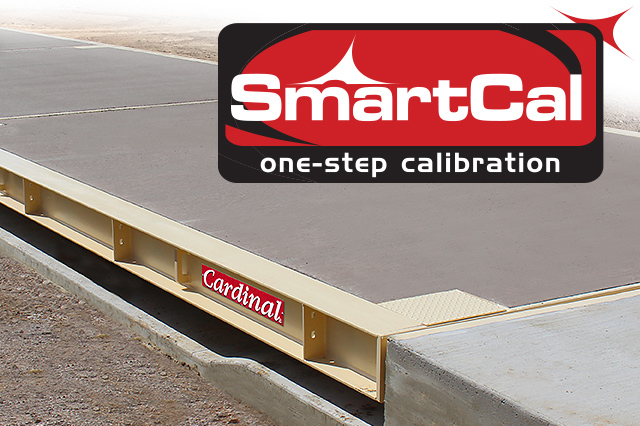 Cardinal Scale’s patented software algorithm called SmartCal is a method of calibrating a scale by placing a test weight over each load cell only once. You simply move the test weight over a load cell, press a key, then repeat for the remaining load cells and you’ve calibrated the scale. Using SmartCal, Cardinal Scale’s indicators automatically derive calibration constants which will be used to convert information from each load cell into scale weight.

The table below is a comparison of SmartCal and Conventional calibration methods.

One Step – Calibrate and Trim in One Pass

First Step – Side to Side Adjustment

Finally, after the sections match, you can calibrate the scale. The standard method is a dual-point calibration requiring an empty scale, the test load, and has one conversion factor. This method establishes a zero (no load) calibration value and spans the indicator. This method should be used for the first-time calibration and complete recalibration.