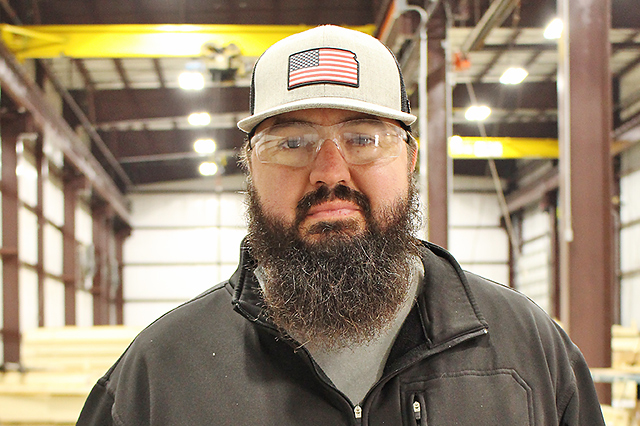 Nate Dillon brings a wealth of knowledge and experience to his role as Scale Shop Production Supervisor. Cardinal Scale’s truck, railroad, and agricultural scales are used all over the world, and Nate plays a large part in organizing the integral processes that bring these unique products together.

Nate graduated high school in Tampa, Florida in 2001. He then joined the Air Force’s Security Forces in July of 2001, and attained the rank of Staff Sergeant. Nate was able to travel all over the world to such exotic places as Iraq, Iceland, Korea, and Turkey during his tenure with the Air Force. Nate exited the Air Force in August 2012 and enrolled at Missouri Southern State University in the Business Administration program. Nate graduated in May 2017 with a Bachelor’s in Business Administration.

After graduation, Nate gained valuable administration exposure as a Business Development Manager, Plant Manager, and Director of Manufacturing at businesses in the Joplin, MO area. Nate states the most valuable skills he’s learned during his career are dependability, integrity, adaptability, and teamwork. His service-oriented leadership, mentorship skills, and ability to prepare lend to developing a group-oriented focus in manufacturing industrial scales.

Cardinal Scale’s Scale Shop processes, cuts, and prepares raw steel components such as checkered decking and I-beams. These raw components are then meticulously oriented, welded, and then quality checked for weld integrity and burrs. Truck scales, railroad scales, and cattle scales are then painted and calibrated before shipping out to customers all over the world. Nate oversees this whole process to ensure customers receive the highest-quality industrial scales that are made to last.