From Janitor to 2nd Shift Lead: 41 Years Under 3 Presidents 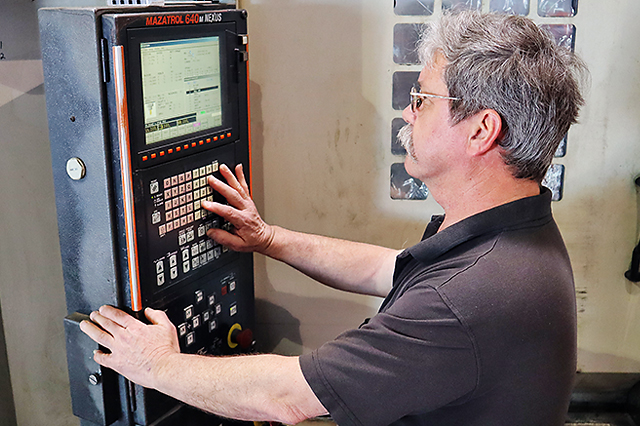 Troy primarily spends most of his shift producing digital load cell bodies that are used in ARMOR digital truck scales. Machine Shop is responsible for meeting load cell production, and making sure industrial scales have a ready supply of load cells to match completed truck, floor, and livestock scales. Troy thinks his easy-going demeanor is what has helped him keep a steady pace in Machine Shop and manage a wide array of personalities that work under him.

Cardinal Scale’s Machine Shop produces load cells and smaller metal components that are used in larger scales. These products are meticulously developed and produced in high volume to meet the high demand of industrial scales that are shipped out of the company’s Truck Scale facility. Troy helps make sure these invaluable machined parts are always in steady supply.

Troy likes to spend time off work with his wife and three children. When time permits, he enjoys going boating on Table Rock Lake on the weekends, and manages his rental properties that he owns.