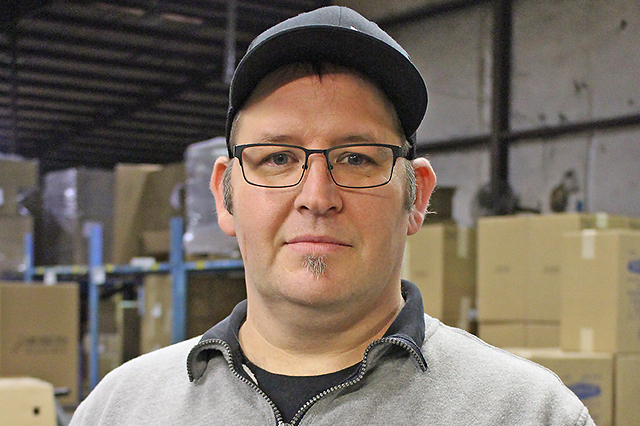 General Line Production Supervisor Robert O’Connell has a varied and unique history in business management and leadership. Robert manages General Line production which manufactures a wide range of scales that are featured under both Cardinal and Detecto product lines. These products are utilized in a variety of business settings such as medical, foodservice, and industrial applications.

Robert is originally from Cherryvale, Kansas and graduated from Neodesha High School in Neodesha, Kansas in 1995. Robert lived in various Southeast Kansas towns such as Independence, Neodesha, and Pittsburg, and also spent time in Tulsa, Oklahoma and Denver, Colorado. Robert spent 12 years in Restaurant Management and Market Research, briefly owning and operating his own diner for a year and a half. Robert then switched gears, graduating from Independence Community College in 2007 with an Associate of Applied Science (A.A.S.) in Drafting and Design.

After receiving his Associate’s Degree, Robert spent time at MEC Company in Neodesha, Kansas, earning valuable experience as a Drafter for the company. After MEC moved their operations to South Carolina, Robert relocated to the Joplin area and started work at Continental Manufacturing in Mount Vernon, Missouri as an Engineering Technician. He then became Cut Department/Machine Shop Supervisor, and then Production Manager.

As General Line Production Supervisor, Robert oversees the construction of physician scales, wheelchair scales, bench scales, and hanging dial scales, to name a few. General Production scales start out as welded sub-components and scale bases and are then painted and labeled. Scales are then assembled and wired (depending on product model), calibrated, and packaged. General Line Production builds both Cardinal and Detecto products that are used in manufacturing, medical and hospital settings, and foodservice and food processing applications.